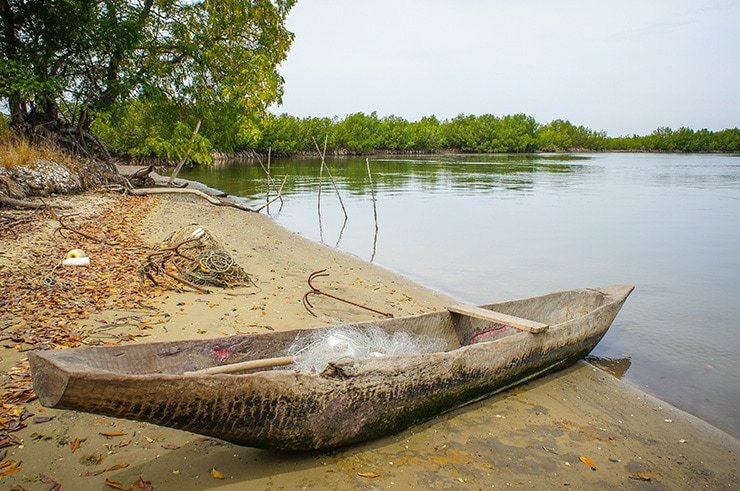 Kayaking is currently the most popular paddling sport and its popularity continues to rise all over the world.

But the kayak we see today has come a long way. It’s evolved a lot over the years; people keep finding different ways to use the humble kayak–from recreational paddling to serious exploration across the ocean.

Are you curious to know how it all started? The history of kayaking is a rich one, dating back thousands of years.

Here’s everything you need to know.

The Origin of Kayaking

Nobody knows exactly how old the kayak is, but it is believed that kayaks have been around for about 4,000 years!

Kayaks were first used by the subarctic tribes–the Aleut, Inuit, and Yup’ik. The harsh climatic conditions meant few food options for these tribes, so they had to go out to sea to look for food. The kayak was invented for hunting in the ocean, rivers, and other waterways.

The Inuit kayak was a one-man boat made using animal skin with a wooden or bone frame. They used whale fat to make the kayaks waterproof.

The paddle of the traditional kayak was also double-bladed, like that of the modern kayak.

To prevent water from getting into the cockpit, the tribes had a garment, known as annuraaq or tuilik. This garment made it near impossible to get out of the kayak if it capsized. So, the tribesmen had to learn to right the kayak by rolling back up without getting out. The technique is now known as an Eskimo roll or kayak roll.

The Aleut kayak was built using driftwood and animal skin. They had two types of kayaks: a hunting kayak with a covered deck and another one with an open deck for the transportation of people and cargo.

Who Invented the Kayak?

It’s hard to say with certainty who invented the kayak and the invention is not credited to a specific person. As already stated, it’s possible that most native tribes who lived close to the water had their own version of the kayak or canoe to help them get around and hunt.

However, it is believed that the kayak was likely invented by the indigenous tribes of the North and South Poles.

What Does the Word “Kayak” Mean?

The word “kayak” means “hunter’s boat” or “man’s boat”, which makes sense because early kayaks were built specifically for hunting. It is a word that has its origins in Northern parts of the world, North America and Siberia particularly.

Evolution of the Kayak

When you look at the traditional kayaks from 4000 years ago, you’ll notice that they look a lot different compared to modern kayaks. How did the design get here?

Back then, every man made his own kayak according to his size. Remember I mentioned the Eskimo roll above and how coming out of the kayak when it capsized was not an option. A good fit ensured great maneuverability.

As you can imagine, it was hard to find two kayaks that were exactly the same since they were custom-made.

But generally, the first kayaks were about 17 feet long, 20 inches wide, and 7 inches deep.

The umiak, which was the Aleut sea kayak used for transporting people and goods, was much bigger. It ranged from 17 feet to 30 feet in length.

At some point in the late 1800s, people started using the kayak for more than just hunting. It became the vessel of choice for explorers like John MacGregor. Instead of using animal skins on bone, the new kayaks were made of fabric on a wooden frame.

MacGregor was an explorer and he’s the one that introduced kayaking as a sport to Europe and England. He built his own kayak and used it for sea kayaking and even river running.

The first person to mass-produce the foldable kayak was Johannes Klepper, a tailor from Germany. He acquired exclusive production rights from the founder of the design, Alfred Heurich.

In 1928, Franz Romer used a Klepper kayak to cross the Atlantic ocean. The foldboat was 20 feet long and about 39 inches wide. He rigged it with a sail, filled it with all the food and water he’d need, and, 58 days later, he made history by successfully completing the journey.

The folding kayak continued to become more popular and it made its way into the United States somewhere in the mid-1900s.

The inflatable kayak was invented in 1934 by an airship company.

When Did Kayaking Become Popular?

It’s safe to say that kayaking became popular in the 1900s. Around this time, Klepper started mass-producing folding kayaks which inspired more people to get into kayaking as a sport.

It was also around this period that Romer crossed the Atlantic ocean using his Klepper kayak and others followed. Oskar Speck, for instance, kayaked from Germany to Australia using the then-popular folding kayak. He began his journey in 1932 and arrived in 1939.

In America, kayaking became popular in the 1930s. The kayak was first used competitively in America in 1940 in the National Whitewater Championship.

As stated, the kayak today is not the same as the one that the native tribes of Arctic North America used. It’s not just a hunter’s boat anymore.

Sit-in kayaks are like the man’s boat invented by the Inuit and Aleut people in that they have a cockpit that you get into. Your lower body goes into the cockpit and you stretch your legs under the deck.

Similar to the tuilik that ancient kayakers used, modern kayakers can use a spray skirt with their sit-in kayaks to prevent water from getting into the cockpit.

Sit-on-top kayaks, on the other hand, have an open cockpit. There’s a molded-in depression for you to sit in. It’s hard not to get wet in a sit-on-top kayak because the cockpit is open and you can’t use a spray skirt.

Modern kayaks are also categorized depending on what they are used for. While ancient tribes used kayaks for hunting and sometimes transport, today’s kayaks serve many different purposes.

These kayaks are wide and stable with most of them being sit-on-tops. They are great for leisure paddling on a calm lake or lazy river. A recreational kayak is also easy to use and better suited for beginners.

Touring kayaks are used for longer expeditions and it’s under this category that you find sea kayaks.

The kayaks are long, 12 to 24 feet, and narrow. They have a V-shaped hull and are pointed at the nose and stern. This streamlined shape ensures minimal resistance while gliding on the water and maximizes speed.

Touring kayaks also have a lot of storage–dry hatches at the front and back as well as bungee storage and more space in the cockpit.

Whitewater kayaks are much smaller, usually less than 10 feet long. The small size makes them extremely maneuverable and they are used for paddling rapids and waterfalls. There are also different types of whitewater kayaks depending on the river difficulty they’re designed for.

These kayaks are built using roto-molded plastics. Plastic handles impact much better than fiberglass and other modern materials used to make kayaks.

Fishing kayaks are quite common because kayaks work better for fishing when it comes to secluded fishing spots. The kayaks are wide–some as wide as 40 inches–and super stable. They’re also mainly sit-on-tops.

We also have tandem kayaks which are kayaks that can accommodate two paddlers. They can be sit-in or sit-on-top kayaks. They usually have two cockpits.

Surf kayaking is another popular kayaking discipline, and so are surf kayaks.

Modern kayaks can be categorized depending on the type of materials used to make them, too. There are solid kayaks, inflatable kayaks, and folding kayaks.

Folding kayaks are more similar to ancient kayaks. But instead of animal skins stretched over a wood or animal frame, they feature a waterproof fabric over an aluminum frame.

Solid kayaks are made using wood, plastic, carbon fiber, and fiberglass, among other materials. Plastic or polyethylene kayaks are quite durable and handle rocky courses well. Fiberglass and carbon fiber kayaks have great performance and are ideal for kayak races.

Lastly, there are inflatable kayaks, made using PVC and Hypalon, which are already quite popular. The kayaks are remarkable because not only are they extremely durable, but they are also easy to transport and store.

Propelling the modern kayak is pretty much the same as propelling the ancient one, using a double-bladed kayak paddle.

Kayaking in the Olympics

As the use of the kayak became more widespread in the early 1900s, it made its first Olympic appearance in Paris in 1924. It was a demonstration sport and not part of the official competition–not until 1936 in the Berlin Olympics.

There were only nine kayak events in the 1936 Olympics, all of them for men. The first women’s kayaking event was added in the London 1948 Olympics.

In the 1972 Olympics, there were still only nine kayak events but this time two were for women and seven for men. Two more men’s events were later added, bringing the total to 11.

Today, there are 12 kayaking events in the Olympics, six for men and six for women. Extreme kayaking is yet to become an official Olympic sport but there’s the hope of it making a debut in the 2024 Olympics.

Kayaking history is a little interesting and a lot has happened over the years.

Most of the hunters didn’t know how to swim so getting out of the kayak when it capsized was not an option. That, and the fact that ending up in the icy waters was not a very good idea. So they had a tuilik, which was their version of today’s spray skirt.

Some tribes had bigger kayaks which they used to transport people and goods. These were much bigger than the hunter’s boat, with some of them being as long as 30 feet.

Today, there are many different kayak designs, as kayaks are used for more than just hunting. You can use a kayak for so much more–from paddling a calm lake to paddling class VI rapids.